Dodge is already planning a high performance version of the Dart small car, so a Dart SRT-4 is just around the corner.  The Dodge Dart SRT-4 will be the first new car from Chrysler’s SRT division using an Alfa Romeo chassis, lending some much needed street cred to the small sports car. 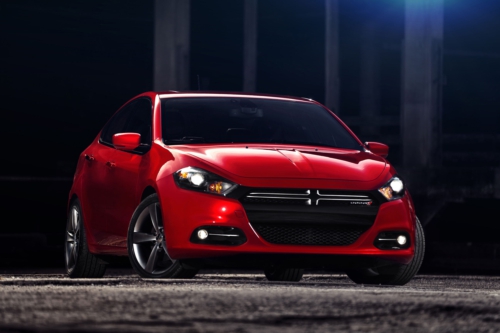 According to Motor Trend, the SRt-4 Dart is basically a given at this point.  The Dart’s European roots combined with the SRT division’s normal array of upgrades, including stiffer springs, better tires and performance shocks, should give the car impressive handling.

Power for the Dart SRT-4 will come from either the Alfa Romeo Giuletta’s 1.7-liter turbocharged four cylinder or a turbocharged version of the 2.0-liter Tigershark four cylinder.  Either way expect the SRT-4 Dart to have over 300-hp, enough to beat the Mazdaspeed3, Ford Focus ST and the last generation SRT-4 and enough to be competitive with the all-wheel drive Golf R and Subaru WRX STI.

The Dodge Dart SRT-4 will have an uphill battle in front of it.  The first SRT-4, the Neon, was a popular car with tuners since its low price and turbocharged engine could beat much more expensive cars in a straight line.  The problem was that Neon SRT-4s came without power rear windows.  The Neon SRT-4 was a tough sell for buyers looking for something other than a street racer.  Then came the Caliber SRT-4, which was an also-ran in the sporty small car segment.

Of course nothing has been announced yet, so this is all conjecture.  What would you like to see in the Dart SRT-4? Significant upgrades to the last engine like Mitsubishi’ and Subaru have done to the Evo and STI over the years? A super lightweight version that gets lots of performance with a little bit of horsepower? How about a V6 engine shoehorned in for a Dart SRT-6?